At it’s peak, Inline Skater Magazine had a readership of over 100,000 which made it the largest skate mag.  The magazine was primarily edited by Wade Jones who was a skateboarder in his younger years but understood the passion Rollerbladers had for the sport. 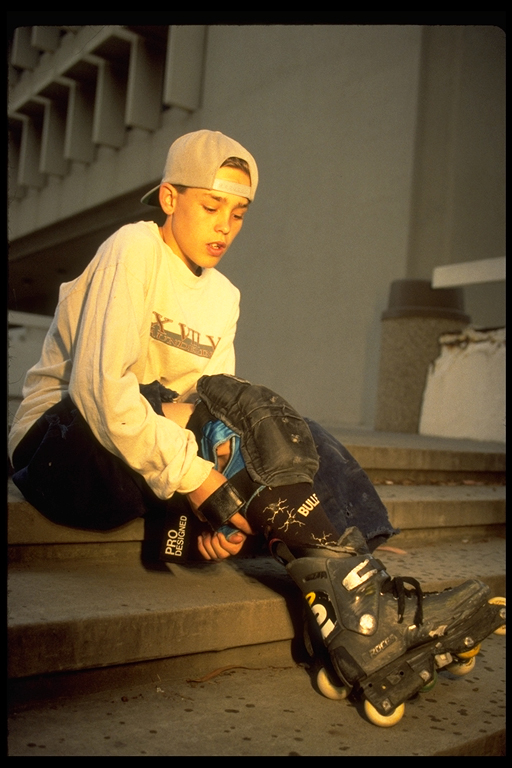 Wade made it a point to incorporate lifestyle elements into the magazine, bringing in unique content such as profiles of musical artists 311, Offspring and others before they hit the mainstream.  He also understood the value of good photography so he hired the best action photographers in the business to produce quality that skaters would appreciate. 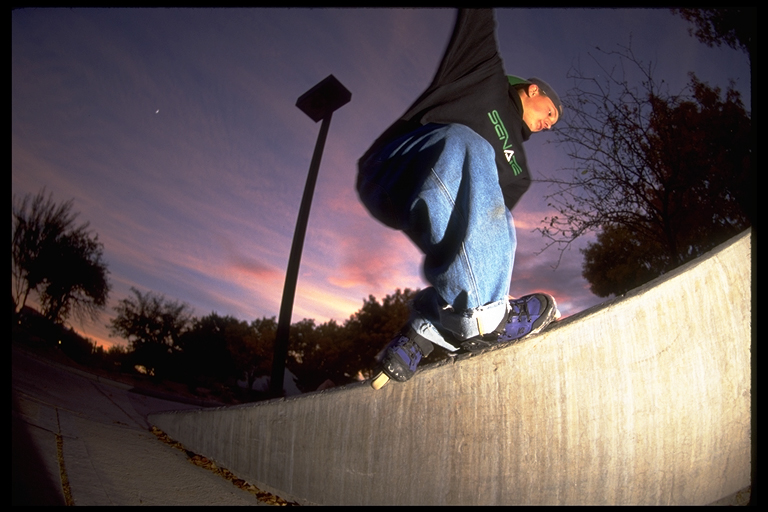 Justin Anderson, the provider of these discs, was Editor At Large of the magazine and reviewed the magazine for content and technical correctness before publication.  He ran the largest aggressive skating web site, Aggressive.com, and was active in the community teaching at Woodward, judging NISS and ASA competitions and otherwise being an ambassador of the sport. 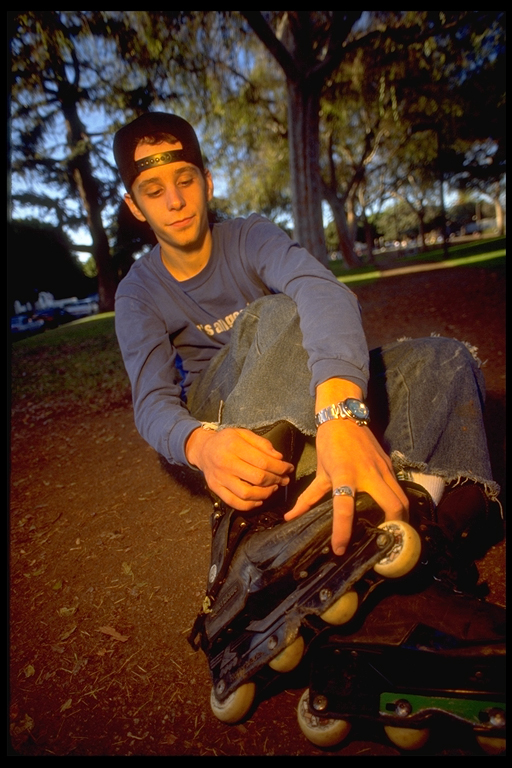 TJ Webber ’96
These discs are the original source material used to lay out the magazine for printing.  The photos came in on physical slides and were reviewed with an eye piece and light board.  Selected slides were then sent off for digitising and came back on discs like these.  As you can imagine, the entire production process of magazine production was very time consuming and typically took around 6 weeks given the staffing levels of the magazine.  For this reason less than 12 issues would go out in a year and/or “gear guide” magazines were employed as filler content. 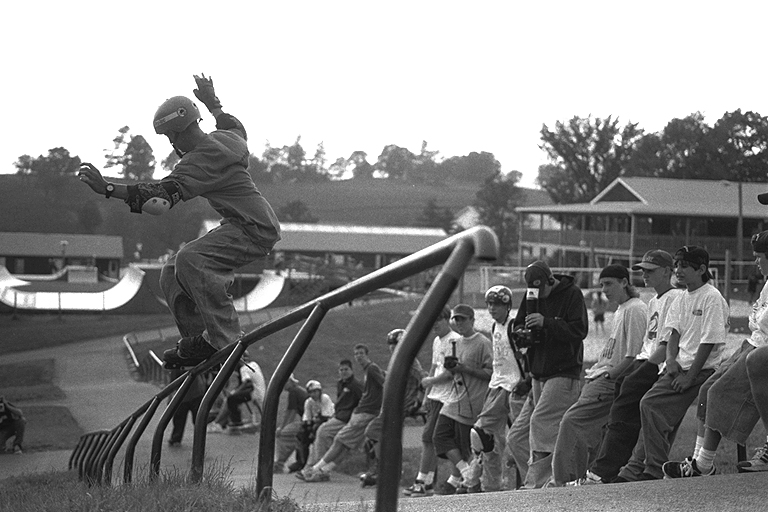 Dion Anthony – Royale, Woodward ’96
The magazine was built in Adobe FrameMaker primarily by Wade and a production assistant.  It shared offices with various American Football magazines, so they shared resources to save money.  As you can see in one of the discs, some football images were included so that magazine would be able to meet their deadline. 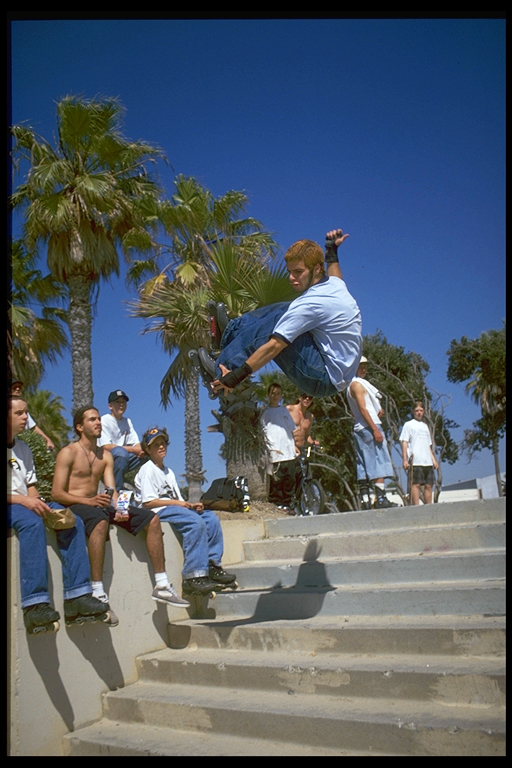