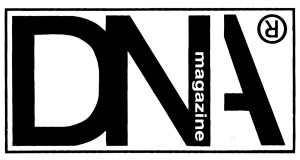 The Mk1 issue was the Pre mag mock-up for advertisers and distribution meetings – The original Skatermag & Unity Crew had parted ways with their publisher and started again with a new company – The Rec magazine was Total Skater, then came DNA and Total Hockey. This issue had a very limited run of less than 500 copies as it was only used for meetings and advertising materials at trade shows. Unfortunately the new company was unsuccessful and the original 3 Lesley, Aldie and Sandy were ousted within the first 12 months. Publishing is a tough game.

We went to Germany for the ISPO trade show and gave out the mock-up magazine to all relevant companies and skaters to get them interested in the birth of DNA.

It was such an amazing day when we were offered the chance to evolve from Unity Mag to create DNA, the story goes… END_OF_DOCUMENT_TOKEN_TO_BE_REPLACED