Here goes, the initial inspiration happened one day that I was skating at the old Encinitas YMCA.  This was before they redid the park, back when they had the big blue bowl that was in so many halfpipe shots.  I was skating the half pipe getting solid air and long grinds on those smooth steel rail copings when I decided to Ho Ho the next wall and when  I launched up on top of the deck I started to walk on my hands away from the coping and as I was walking the Ho Ho back into the ramp to fakie Ilost control of the handstand and both shins came crashing into the steel coping breaking my fall but almost breaking my shins at the same time.  The pain was numbing as it shot through my shins,I rolled over in pain then got up and finished the session just to see if I could still skate.  That was my inspiration for the BULLETPROOF shinguard and the very first ones ever made were done out of my apartment.  I used the kitchen oven to heat up the acrylic shield so I could bend them into shape in my molds.  The first BULLETPROOF shinguards had the famous logo with bullet holes in all of the rivets air brushed on by my own hands Each rivet looked like a slug of a bullet which was stopped by the shinguard from penetrating to you.  A lot of thought went into this product, from style,comfort,protection to our image and BULLETPROOF was the real deal we lived and loved every aspect of skating from the inner family structure of the culture to the freedom we had to express ourselves in such unique and inspiring ways. 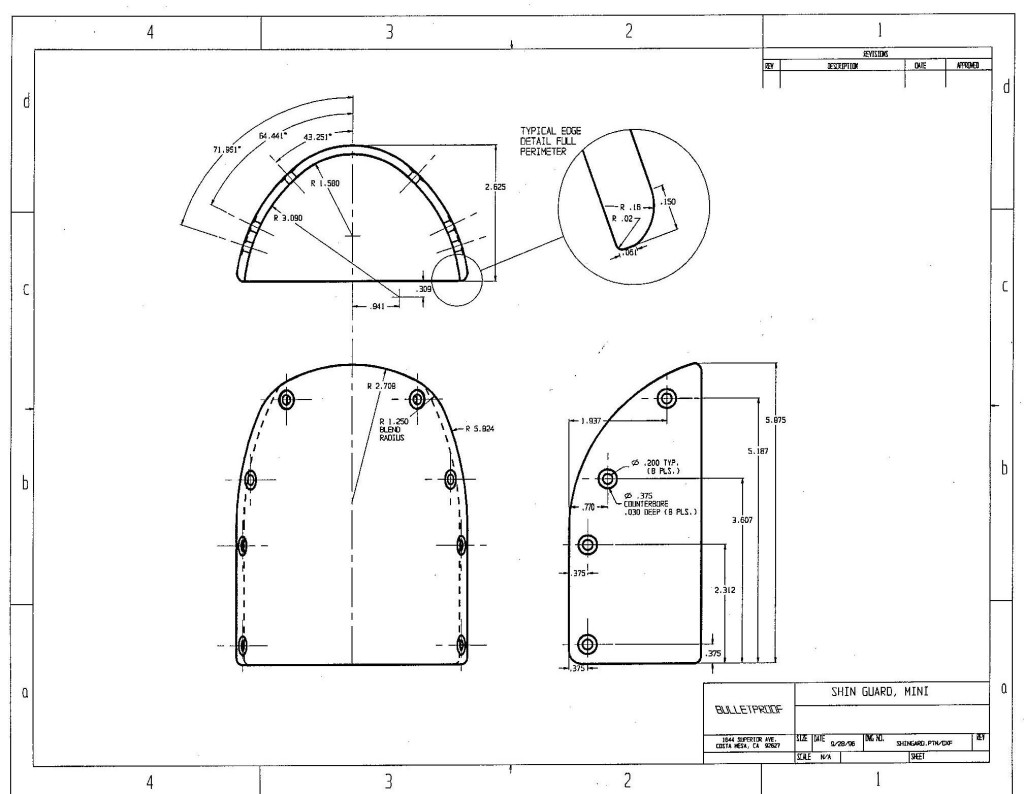 The design process was always ongoing for I wanted to and did make the best shinguard for our sport.  I was always testing them with the best skaters in the world and getting feed back from them.  When Brian Bell or Rawlinson told me something I listened and used that input to design an all around better product.  When guys were busting shields from hard slams on a rail I went to a hybrid that was much more impact resistant.  At one point I was using this really cool foam padding that I ran across from Japan that when you did the weighted ball test from six inches high the ball would just deaden on impact while other foams actually let the ball hit the table and bounce up 6 inches so this foam is what I implemented on the next run. 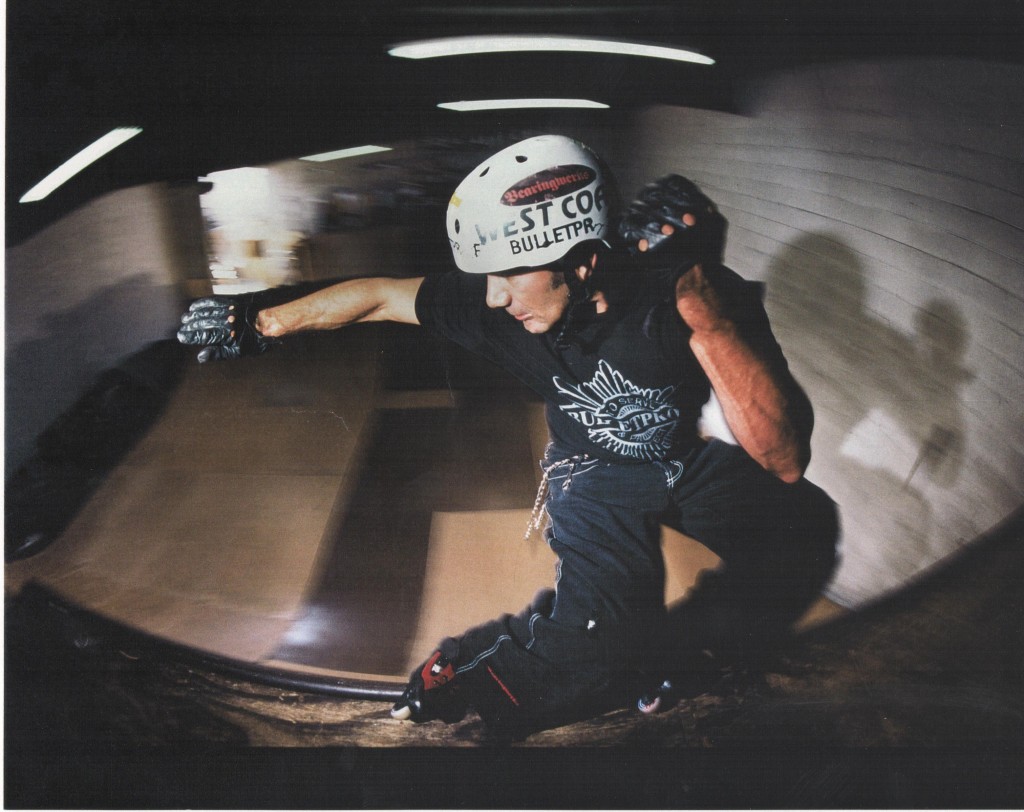 Assembling the pro team was a really cool thing to be able to do, being able to skate with and see the artistry of each skater and what they bring to the table as far as style,energy and in the end a friendship was an experience I will never forget. In the beginning it was Steve Mitchell, Luke Allen, TJ Hall , Daniel Hendershot and Chris Hines. As time went by and we went to more events different names kept emerging of skaters who were tearing it up and making a name for themselves. At the NISS at Long Beach in Belmont Shores in 1995 we first got a glimpse of Marco Hintze attacking the course and I loved his attitude and style so we immediately signed him and I believe BULLETPROOF was his first sponsor. Chris Hines told me about this skater named Brian Bell and when I met Brian he was very humble about his abilities as a skater, but the vibe he had was very real and down to earth and his skating well, fahgetaboudit Brian killed it and I was so glad to have him representing BULLETPROOF, he was a really cool guy. Then they introduced me to Rawlinson and he was not only a great skater but had it going on. Rawlinson Rivera even had his own signature shinguard designed for him, he represented for BULLETPROOF as did all of the other skaters just for flow, they did it because they liked the product and to help me out by using them as pro’s representing us. They did it because we loved, lived and breathed skating and the culture we had created as a group. We ended up with one hell of a pro team. 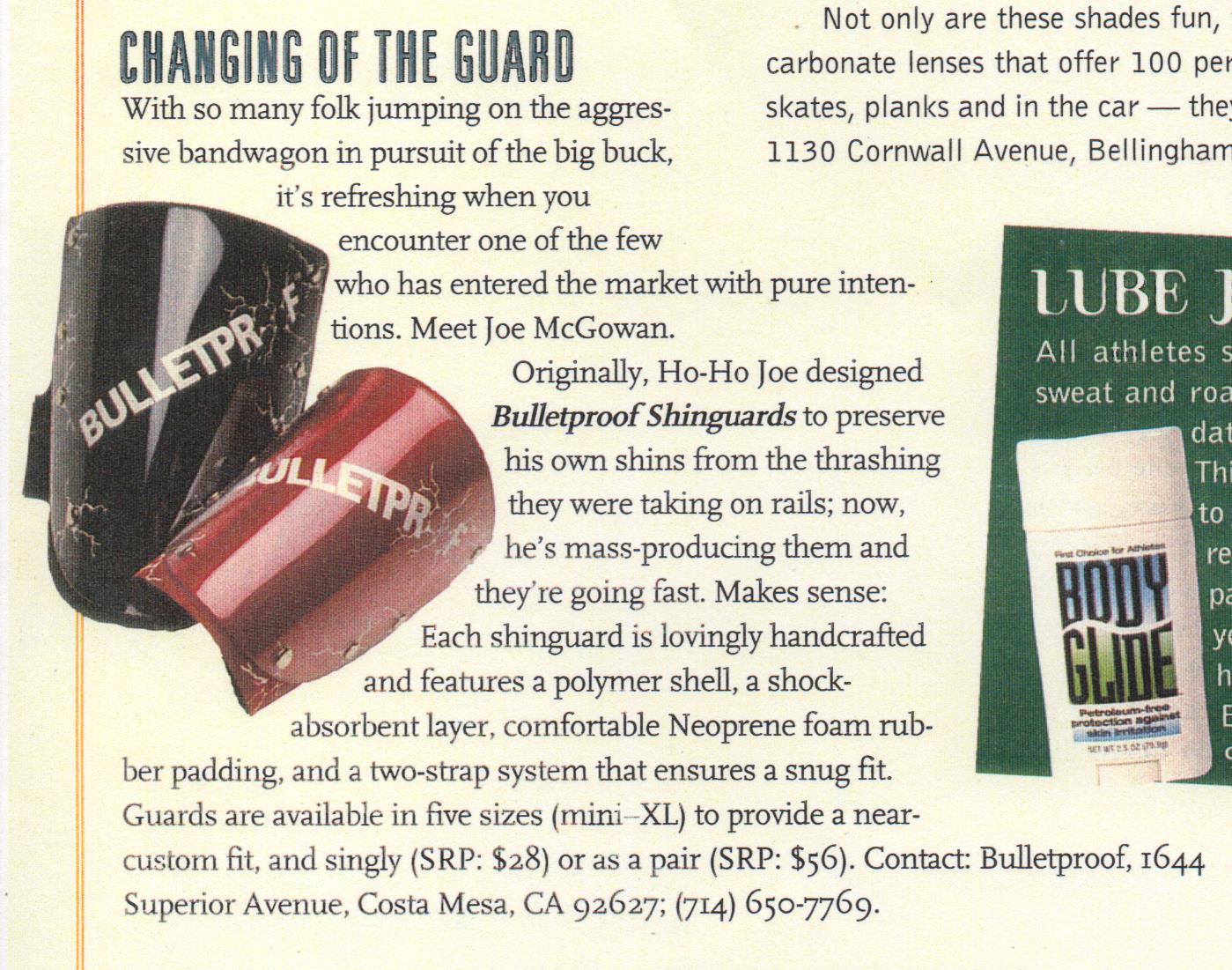 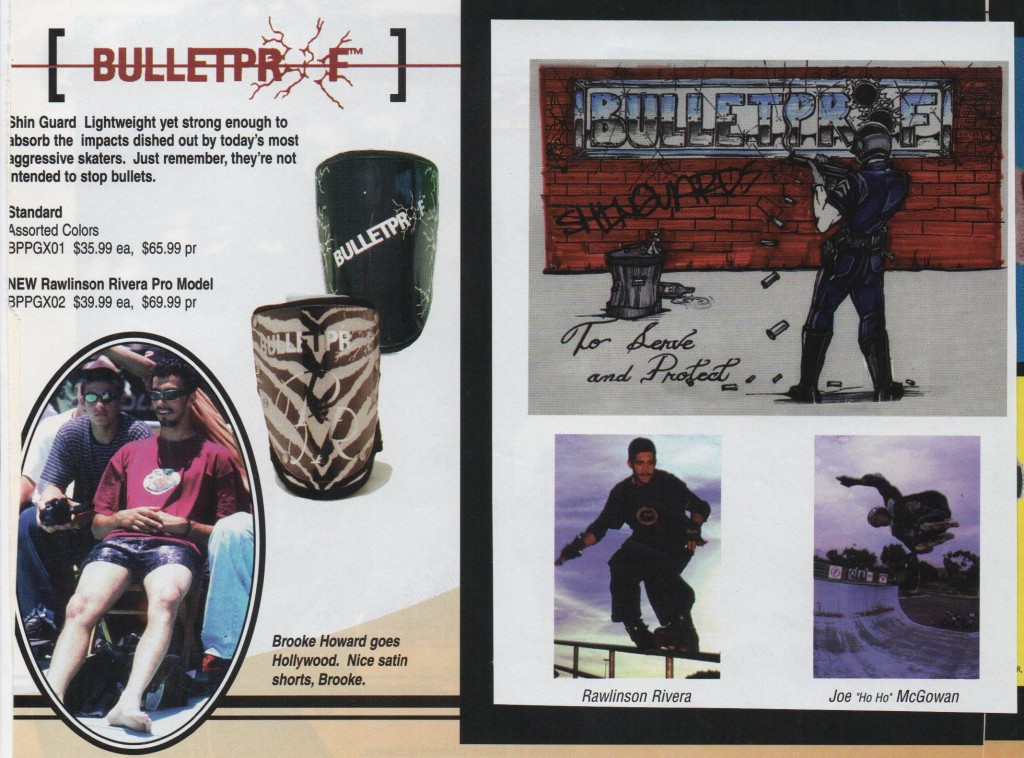 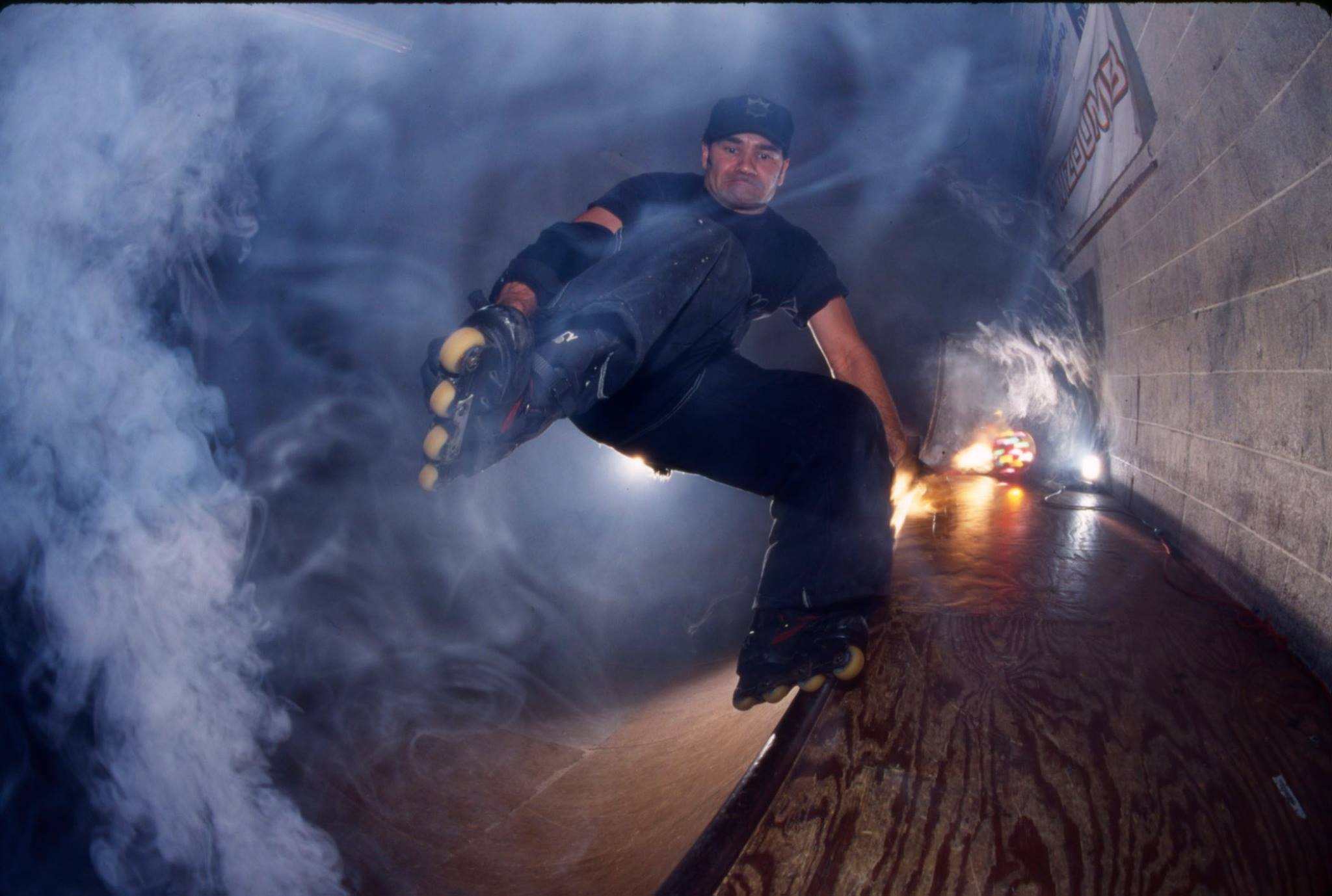 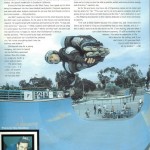 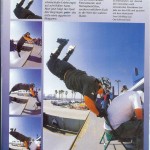 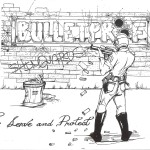 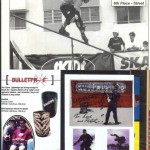 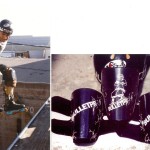 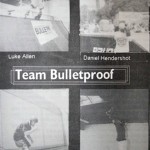 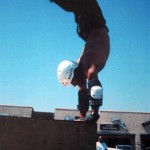 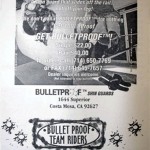 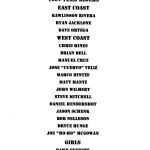 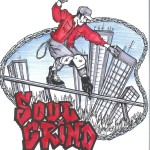 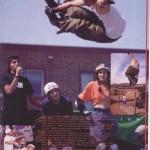 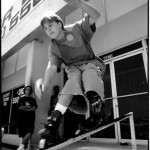 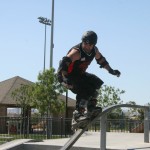 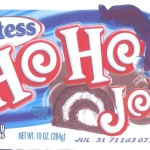 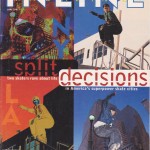 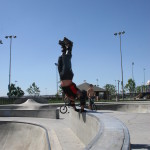 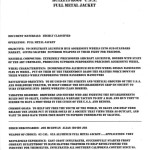